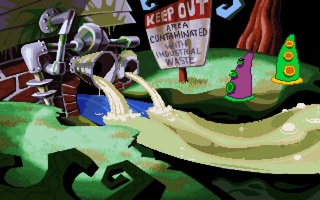 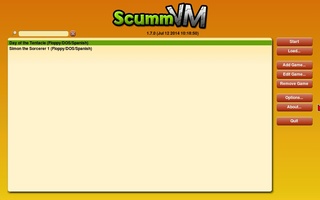 Реклама
ScummVM is an interpreter that lets you play an endless number of classic point-and-click graphical adventure games from the early 90’s developed by studios such as LucasArts, Sierra, Westwood and others, on modern computers.

In order to use the program, you’ll need the game’s original files, which you’ll have to find using ScummVM’s game add-on system to then add it to your library. Once there, you can modify several settings options, including both sound and graphics, thus letting you customize just how you want to enjoy the game by applying post-processing filters in order to improve the image.

The list of supported games is huge, and each new version adds new graphic engines beyond the well-known Scumm system developed by LucsArts and used on games such as Monkey Island, Day of the Tentacle and Sam & Max; or Sierra’s SCI which was used on the King’s Quest sage, just to mention a few. What’s really interesting is that many of the games, long considered abandon-ware, have been distributed freely by their original authors, so you can freely download and play such games as Lure of the Temptress, DreamWeb and Flight of the Amazon Queen, all available on Uptodown.

ScummVM is a great tool to relive old classics on current computers, with the added bonus of being able to modify some of the sound and graphics features using a nice interface from which you can access your list of games.
Реклама